A Look Back at Chinese Drywall

Three years after the headlines

When the southeastern United States suffered from a shortage of building supplies after several major hurricanes, more than 500 million pounds of drywall came from China to build or repair homes in Florida, Louisiana, and Virginia.

The predictions of a drywall crisis on the insurance industry regarding the effect of toxic drywall claims can now be reviewed some three years after the Chinese drywall claims made national headlines. 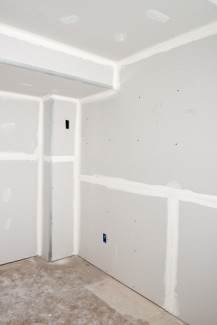 possibility of toxic drywalls. This theory turned into reality:, it is common to see building materials containing gypsum or tainted drywalls excluded in many liability policies.

Looking at the claims

Although there are no facts  to support claims of Chinese toxic drywall causing health issues, Moody’s Investors Service, Inc. predicted an increase in bodily injury claims based on results of Consumer Product Safety Commission testing. So far this has not been the case.

Due to the limited distribution area and limited amount of time on the market, the Chinese toxic drywall is not the asbestos of the 21st century, there have been significant settlements in the past few months, such as:

The cost to the insurance industry

Although it is not known how much these Chinese drywall claims will cost the insurance industry, it will not be the industry crisis asbestos caused. Based on the state and federal court decisions on excluding recovery for damage under homeowners and Contractor Liability policies, as well as the limitations of the toxic drywall usage, it should significantly minimize the effect on the insurance industry.