Are they covered by General Liabiilty?

The EPA’s Renovation, Repair, and Painting regulation that went into effect April 22, 2010, created new liabilities for remodelers who fail to comply with work safe practices to eliminate lead paint dust exposure. The details of this regulation are outlined in our prior post, Remodelers Impacted by EPA’s RRP Rule.

The most likely types of lead based claims or lawsuits are as follows:

Exclusion F. (2004 CG 0001) is commonly known as the “absolute pollution exclusion,” the highlights of which are summarized below: 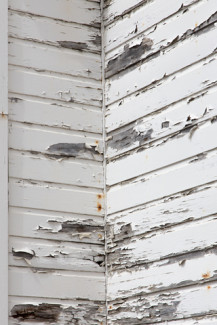 No coverage for “bodily injury” or “property damage” arising out of … the discharge, dispersal, seepage, migration, release, or escape of “pollutants”… at or from the premises of the insured … or at or from any site on which the insured or contractors are performing operations if the pollutants are brought onto site in connection with operations….

The phrase “if the pollutants are brought onto site in connection with operations” excepts remodelers from the absolute pollution exclusion since they don’t bring the lead paint dust to the worksite.

Exclusion F. also addresses the point that coverage does not apply to operations to test for, monitor, clean up, remove, contain, treat, detoxify or neutralize pollutants. In addition, there is no coverage for government demands for testing or clean up.

This endorsement is found on most contractor General Liability policies. It removes all exceptions to the absolute pollution exclusion, including when pollutants are not brought to the job site by the remodeler.

If this endorsement is present on the policy, remodelers can no longer depend on the exception under the standard policy form.

But wait! About half of state courts rule that lead paint isn’t a pollutant.

“Pollutants” are defined as any solid, liquid, gaseous, or thermal irritant or contaminant, including smoke, soot, vapor, fumes, acids, alkalis, chemicals, and waste. Some courts have a broad interpretation of the 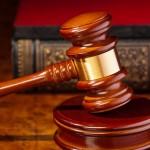 definition and rule that it pertains to lead paint since it’s a contaminant. Other courts have a narrower interpretation of the definition and rule that it doesn’t specifically list lead paint so the reasonable expectations of the policyholder is that pollutants only apply to traditional environmental or industrial pollution and not to other contaminants such as those found inside a house.

The narrow interpretation, which is prevalent in states with large metropolitan populations, such as New York and California, can have the effect of defeating both the absolute pollution exclusion and the total pollution endorsement, paving the way for coverage for a lead paint incident.

As would be expected, the insurance industry created a specific endorsement to address those courts that rule that lead paint dust is not a pollutant. The Absolute Lead Exclusion Endorsement and similar endorsements remove all questions that the General Liability policy does not respond to lead paint claims.

If the General Liability policy does not cover lead paint claims, contractors can turn to Contractors Pollution Liability. Call one of our insurance experts today at 800-622-7370 to discuss your insurance questions and requirements.