Fear of armed intruders in houses of worship

We addressed the topic of armed intruders in businesses and in schools in previous blog posts. Unfortunately, today we’ll be looking at shootings that take place in churches, mosques, synagogues and other houses of worship.

A recent survey revealed that Americans’ fear of armed intruders far surpasses their fears of natural disasters, cyber criminals, or sexual assaults. Just over 50% of the 2000 participants surveyed said they attend a place of worship regularly. Apparently, 12% of Americans do not feel safe in their house of worship, according to the same survey conducted by Church Mutual Insurance Co.

“It’s deeply upsetting that today’s worshippers, regardless of religion, have to contend with the very real possibility of an armed intruder,” said Rich Poirier, president and CEO of Church Mutual.

Churches and other religious organizations are now asking the same question schools and businesses ask: What should we do if an armed intruder enters the facility? The answer is the same for everyone: have a response plan in place.

Only 39% of survey participants said “yes” when asked if their place of worship had an armed intruder prevention or response plan.  Sixty-one percent said either they did not or didn’t know.

Basics of a response plan

Any steps an organization takes toward preparing for and responding to an armed intruder offer the potential for saving lives.

The first step is forming a security team that creates formal security policies and procedures. Among the topics to include are team member responsibilities and establishing a chain of command, incident reporting, communication and medical response.

Seek input from local law enforcement and legal professionals when developing these policies and procedures.  Ask local law enforcement to conduct a free “security vulnerability assessment” of your buildings and grounds. They will evaluate the strengths and weaknesses of the current security practices at your facility. 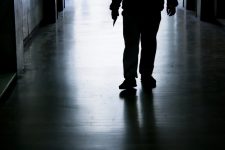 Establish rally points and develop a method of communication to account for all members, guests and employees in attendance.

Only your organization can decide whether to permit or prohibit weapons by employees, congregants and visitors in your facility. However, those individuals and your organization must comply with local or state laws. Be sure to document your decision in your policies, procedures, and signage.