Contractors who are being sued for Chinese drywall problems may defeat their General Liability carriers’ use of the pollution exclusion to deny their claims.

Under the standard General Liability policy, “pollutants” are defined to mean “any solid, liquid, gaseous, or thermal irritant or contaminant, including smoke, vapor, soot, fumes, acids, alkalis, chemicals and waste. 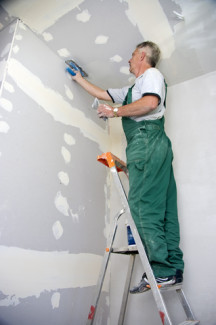 Waste includes materials to be recycled, reconditioned or reclaimed.” There are some courts in California and other states that may extend this definition further to follow the EPA or equivalent state definition of “pollutants.” In these states, even dirt and rocks can be pollutants once they are removed from their original location.

The successful use of the pollution exclusion to deny coverage will depend on state case law to a large degree. As a result, choice-of-law issues can be important if the option is available to choose the state of defense.

Some states define pollutants differently than others for the purposes of such exclusions. For example, some states may define pollutants in their traditional sense and require the pollutants in question to involve an environmental catastrophe caused by reckless or intentional misconduct (ex: dumping of hazardous chemicals) in order for the exclusion to stand. Other states may allow the exclusion to stand where the negligent use or handling of toxic substances occurs in the ordinary course of business (ex: unintentional release of carbon monoxide by an HVAC contractor).