In the automotive world of today, insurance providers, car companies and consumers alike are all wondering the same thing, how long before the widespread arrival of self-driving cars? Despite early predictions claiming a mainstream influx as soon as 2020, we now know those predictions were way off.

As of 2016, the average American owned their car for approximately 11.6 years. It seems most people aren’t in a hurry to get a new car these days. That means even if the legal and technological problems for self-driving cars of today were solved, it would still take about 12 years to clear old cars off the road. 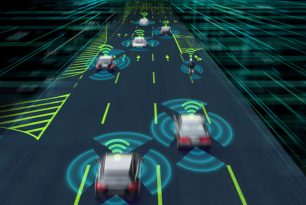 The high-end lidar detection systems placed inside cars that allow them to understand the distance between the objects around them are estimated to cost around $75,000 on average. While these costs will most likely be scaled down over time, at least for now, a large percentage of drivers could not afford a self-driving car.

Further issues arise when considering that the technology behind these detection systems needs fine-tuning. Driverless cars can still get into accidents. There is about 5% of the most difficult elements of autonomous-driving technology that still needs to be figured out.

Automation on the roads today

This widespread, driverless transformation is happening in stages. Many automobiles already have self-driving attributes such as lane-change warnings and automatic braking. However, we anticipate that the full integration of driverless technology is still a ways down the road.

Additionally, the acceptance of this technology will need to occur from both the road infrastructure and the consumers who use it.

A series of impending liability problems

As it relates to liability, the question is who’s at fault should an autonomous vehicle be the cause of an accident. The answer will depend on a number of issues, and it seems as though the entire legal system surrounding automobile liability would need to change.

The owner/driver may be at fault:

In these instances, the owner/driver will still need a Personal Auto policy to cover these liabilities.

The auto manufacturer and/or components manufacturer/distributor or programmer may be at fault under the law of product liability if the accident was caused by defective:

These types of claims will fall under the product liability insurance of the manufacturer/distributor.

And what about the accidents that occur regardless of negligence or a defective product?  It is estimated that there are 16 million settlements for car insurance claims every year. Out of those,  about 10 million are a result of incidents like flooding or falling trees. Claims such as these will most likely always exist, regardless of whether or not the car is self-driving.

In a search for answers, some turn to product liability of the manufacturer

Is product liability the answer to our self-driving dilemma? Most believe that all liability claims due to defective self-driving software will be paid by the car manufacturer because they would be the negligent party. However, last year, Travelers Insurance published a paper on a different way to approach the problem in the future. They said if a client is in an at-fault accident with their self-driving car, the insurance company will take care of any damage or injuries to third parties. The company would recoup its costs by bringing a subrogation claim against the car manufacturer due to negligent or defective software.

Liability is only the start. Cyber threats present further concerns. It is apparent that there would be an increased amount of technology associated with self-driving cars. If it’s required for the driver’s cell phone to be connected with the car’s automation system, the driver’s personal information could be at risk. In the event that the vehicle is totaled and sent to the scrapyard, cybercriminals could potentially access that information.

There’s also the threat of the car itself being hacked and used for criminal intent. Regardless of the concern, more time is needed to sort out the details and prepare society for a driverless world.