The South Carolina Supreme Court ruled in Barton v. Higgs that an unsigned certificate of insurance evidencing Workers’ Compensation is not valid unless it is dated, signed, and issued by an authorized representative of the insurance carrier. 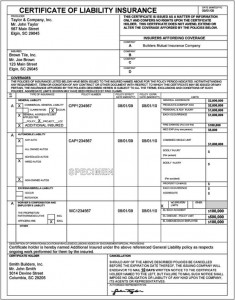 The South Carolina Workers’ Compensation Commission issued Section 42-1-415 (A) stating that in order to transfer liability to the fund, the higher tier contractor “must collect documentation of insurance … on a standard form acceptable to the commission”.

You can read the entire ruling here.