Cases of architects being prosecuted for criminal negligence are rare, but architects should be concerned about a recent case that led to the death of a firefighter.

A California architect was given a one-year prison sentence for installing a fireplace in clear violation of the applicable building codes in his Hollywood Hills, Ca. home. The architect drafted the plans and supervised the construction of his home in which he installed a fireplace meant only for use outdoors. A fire resulted and a Los Angeles firefighter died at the scene after the roof collapsed. The architect pleaded no contest to charges of involuntary manslaughter resulting from deceiving municipal inspectors after they inquired about the m 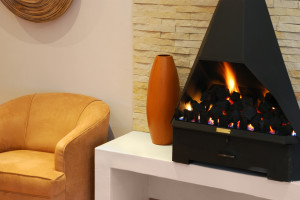 This case is unusual because architects typically don’t willfully violate or sidestep building and fire codes. Architects are rarely accused of intentional wrongdoing, according to Bruce R. Demeter, vice president of OneBeacon Professional Insurance. Insurance underwriters take intentional negligence very seriously and this case should be a warning of potential liability for architects.

While this case is atypical, it does raise awareness that architects risk not only liability, but also criminal charges. “This is the first time I’ve seen an architect get a prison sentence for doing something architectural and screwing up on it… I suspect it’s not going to be the last time,” said Warren Sabo of Sabo & Zahn LLC in Chicago.

It’s not that unusual for corners to be cut and guidelines not followed to a T in the construction industry. Insurance policies have provisions to protect insurers from damage and loss due to such shortcuts. Negligence by architects is covered in errors and omissions insurance, but malicious or illegal acts are excluded.

The California case has people in the construction and architectural industries across the country talking.  Municipalities may be more aggressive in looking to take action against design professionals if they see activity they determine to grossly negligent and possibly criminally negligent.

What this means for architects and possibly contractors in design-build

Architects are professionals who are held to industry standards. If they violate the standards they risk being sued for negligence, according to Dan Knise, president and CEO of Ames & Gough in McLean, Va. Even worse, they could possibly face jail time if this court ruling spreads to other jurisdictions. Could design-build contractors be held to the same standards of criminal negligence?